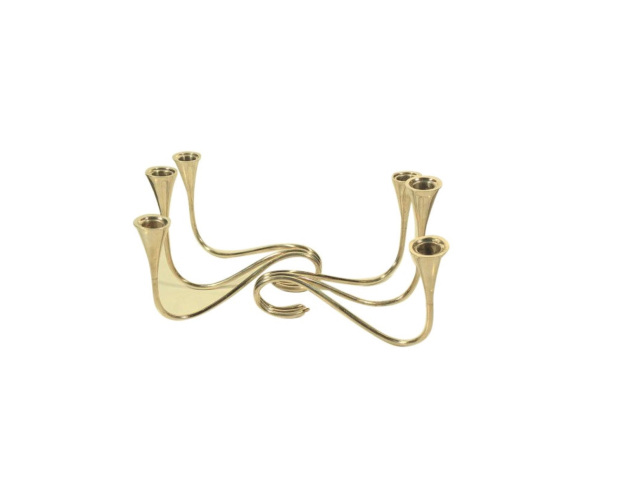 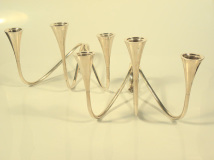 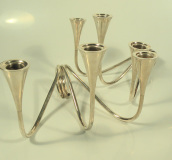 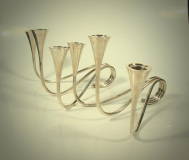 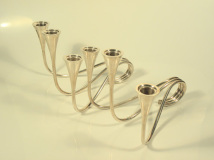 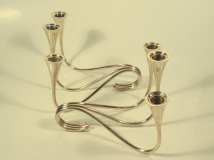 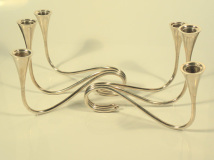 Each is a gracefully set of three candle holders turned and joined as one. Excellent vintage condition, Very rare design.

In 1923, Uyeda store has been opened in recently built Imperial Hotel in Tokyo, designed by the famous american architect Frank Lloyd Wright. There were many famous people among Uyeda's customers: american baseball players Babe Ruth and Joe DiMaggio, actress Marilyn Monroe, diplomat Henry Kissinger and his wife, professor and american diplomat Edwin Reischauer and his wife.

After the Great Kanto earthquake in 1923, Uyeda store has been moved to the Yarakucho neighborhood, located near the Ginza district. Both the first and the second floor of the building were designed in a compromise between East and West style.