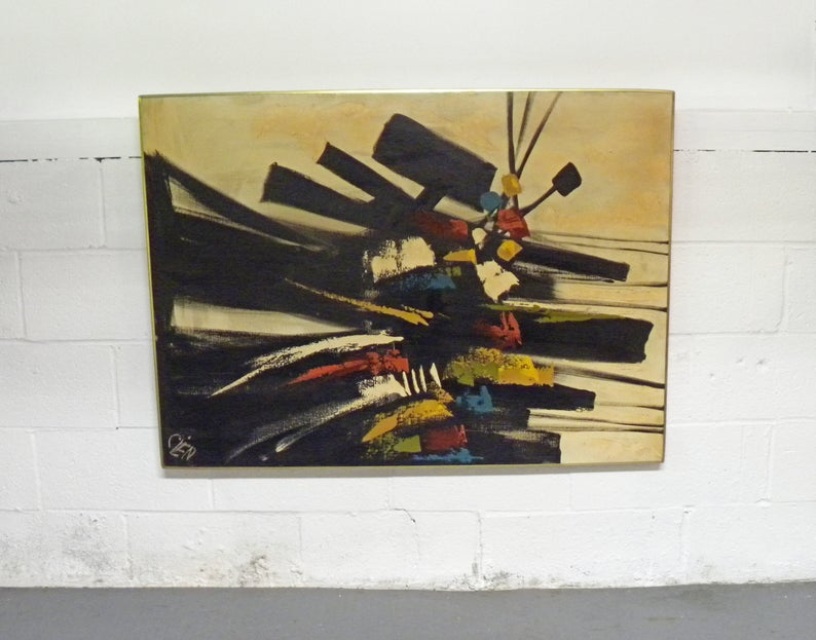 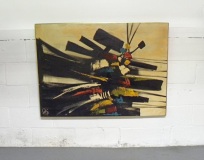 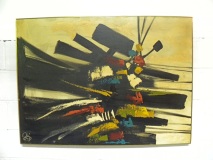 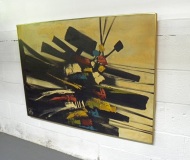 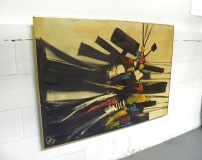 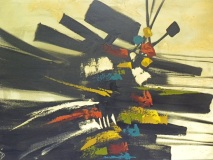 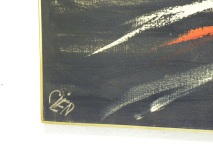 Benjamin was was born Estacien Perkins in St. Louis, Missouri, to Ida née ? and Nat Perkins, who were of Polish/Russian decent. She met her future husband Le Roy Benjamin, a marionettist, on a blind date, and they married in 1946.

After the birth of their son, the Benjamin family moved to Hollywood and opened a framing store and art gallery, "Hillside House of Originals", selling their own sculptures and paintings. The business became wholesale, selling the Benjamins' art work to other stores, and then expanded to include home furnishings and other artists' work, imported and local, with showrooms in major metropolitan cities. The business lasted until the 1970's. The Benjamins then converted their art studio building into a production studio called the Burbank Media Center, which they rented to Black Entertainment Television (BET) for over 10 years.

The piece measures a majestic 44 x 32. Can be hung vertically or horizontally.

Local Delivery is FREE within our Delivery Zone. Free Curbside Delivery available to all areas within 70 miles of zip code 06840. All other areas in continental United States will receive FREE shipping via Fed Ex.