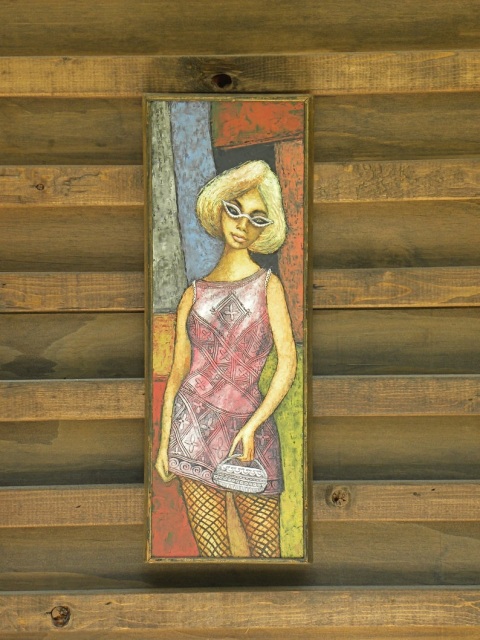 Signed and dated (1967) oil painting of woman with handbag on board. Very cool and detailed stylized painting.

Bert Pumphrey was born in Salt Lake City, Utah in 1916. He somehow managed to enter the Art Institute of Chicago at age fifteen; however, his career at the school was cut short when school authorities discovered his age and expelled him. Subsequently, he received a scholarship to the University of California at Los Angeles. He had a one-man show at the Palace of the Legion of Honor in San Francisco in the late 1940s, and moved to Mexico soon afterwards, where he has lived and painted ever since.

His subject matter is imaginative, not reproductive, and what he paints gives the feeling of Mexico, past and present, although never identifying with any specific locale.