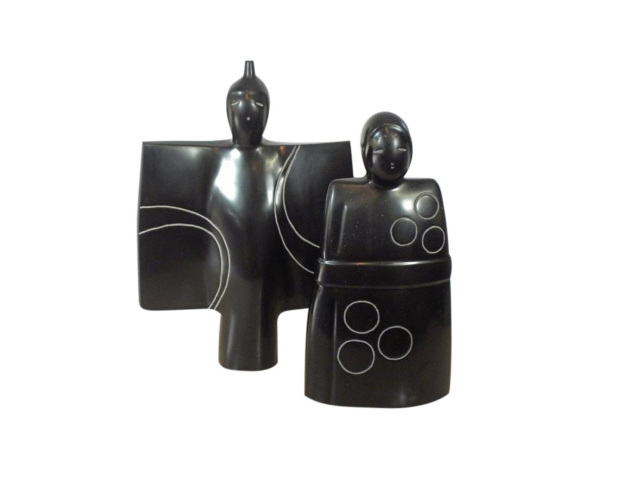 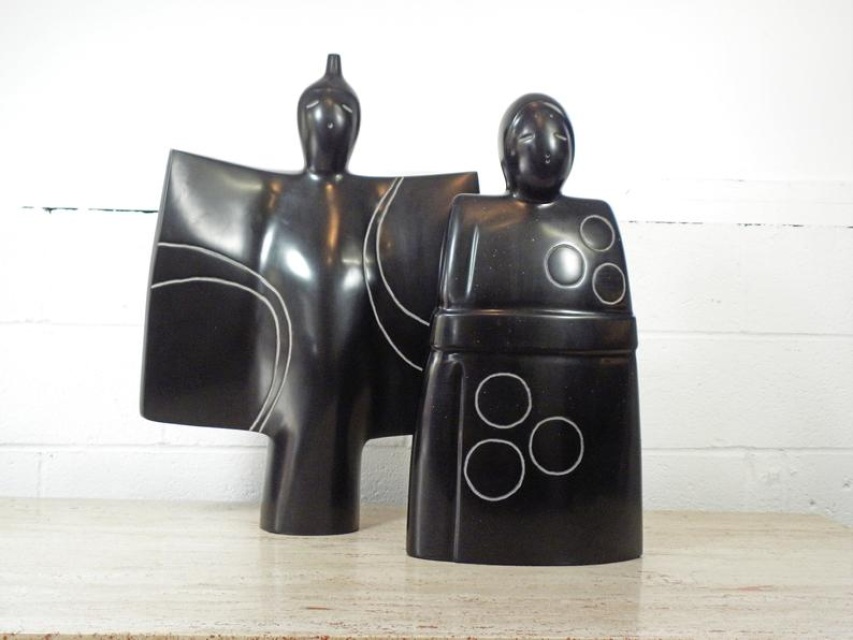 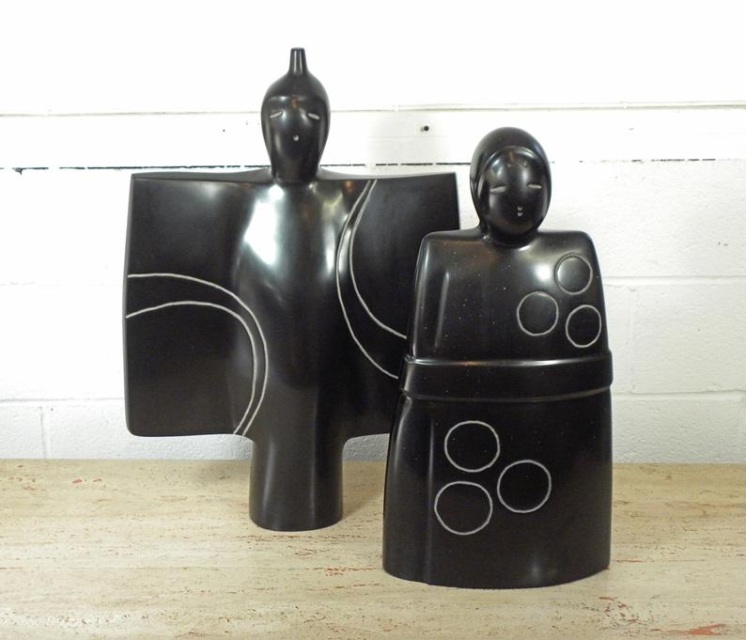 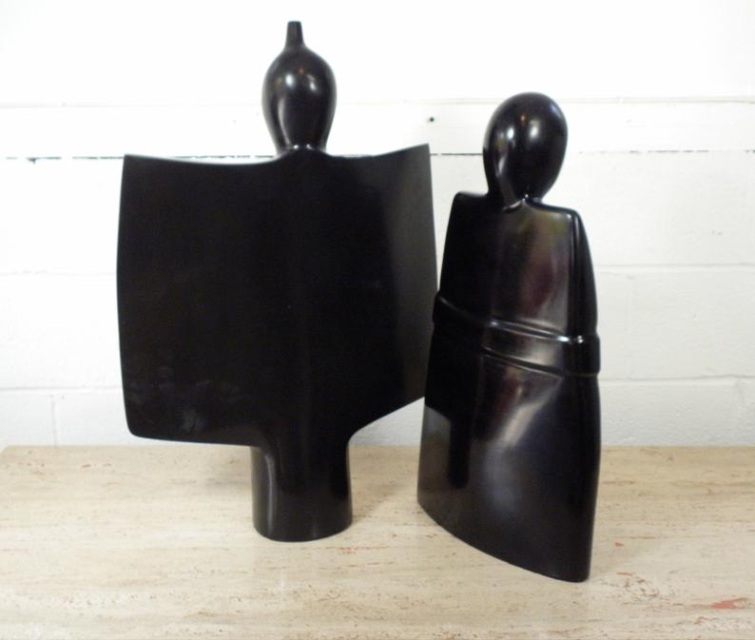 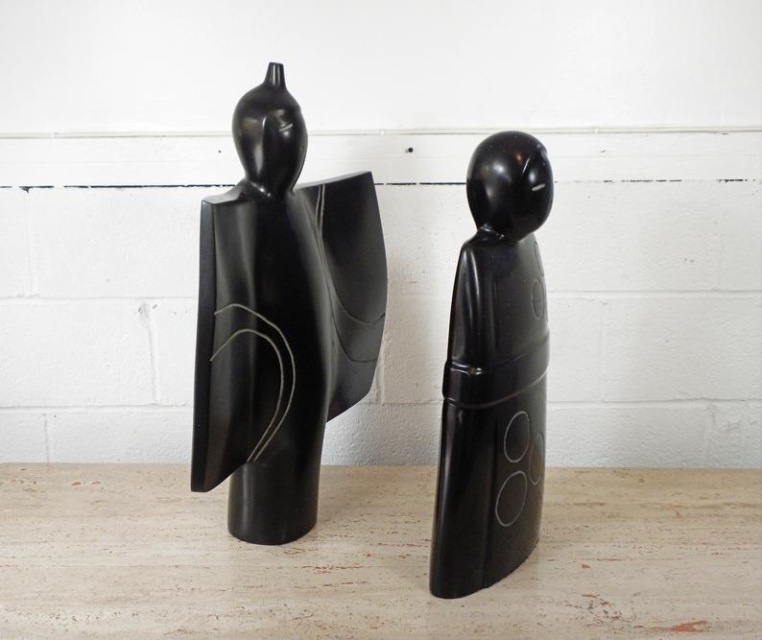 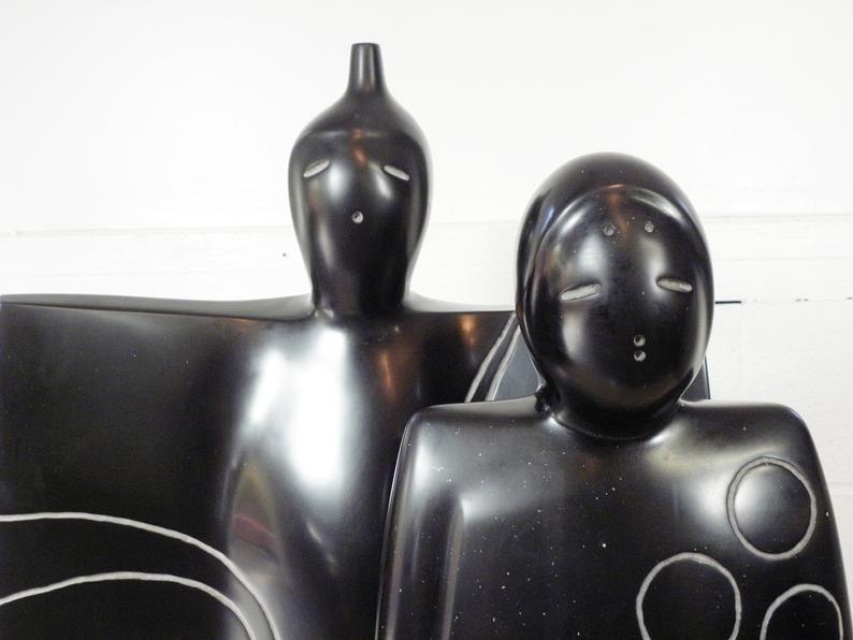 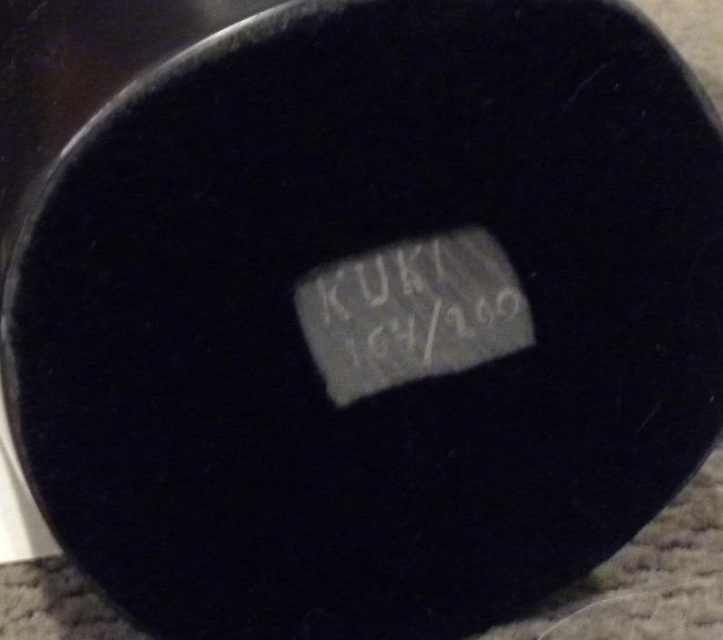 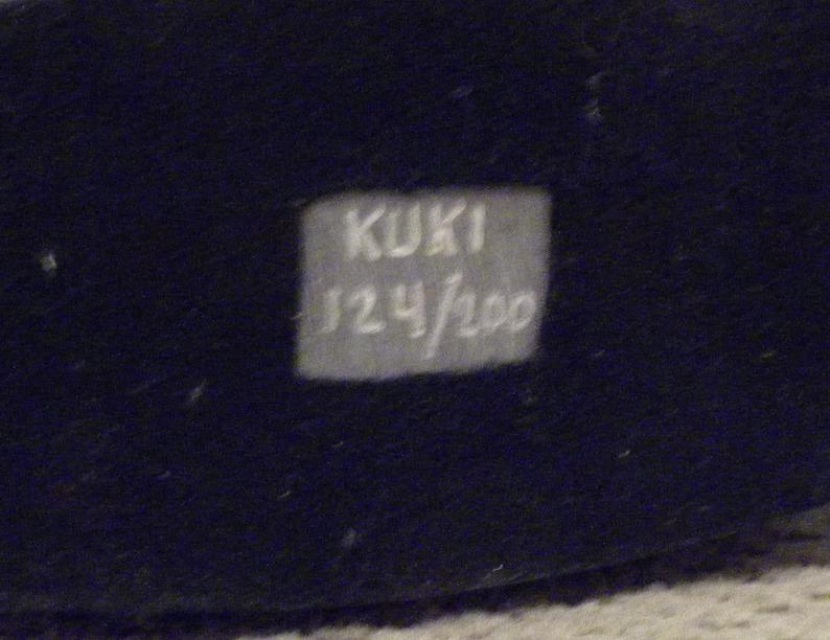 Price is for the set.

A limited edition black cast stone sculpture by Japanese American artist Masatoyo "Kuki" Kishi (1924-2017). This sculpture features a female figure wearing a kimono with incised circular designs along the front. The underside of the sculpture is marked "Kuki 124/200."

His artwork was displayed frequently exhibited at national and international institutions

Born in Sakai, Japan, in 1924, Kishi studied physics and mathematics at the Tokyo University of Science. “As a Japanese artist in the 1950s in Tokyo, I didn’t go to art school,” Kishi said. “Japanese artists studied literature, economics, science; then you explored art.” After graduating, he pursued a short career as a mathematics teacher before he began exhibiting with Tekkei Kai, a group of abstract painters associated with the Kyoto Museum of Art.

From the late 1950s to the 1960s, he created his Opus paintings, which feature softly dripped pigments and sweeping brushwork. Using large brushes, In 1960, Kishi moved from Japan to San Francisco, where he lived until 1988. Over the course of nearly thirty years there, he transitioned from primarily painting to sculpting. He taught at Holy Names College in Oakland and the Dominican College in San Rafael.

Kuki was his wife's Maiden Name and he used it on his Sculptures.