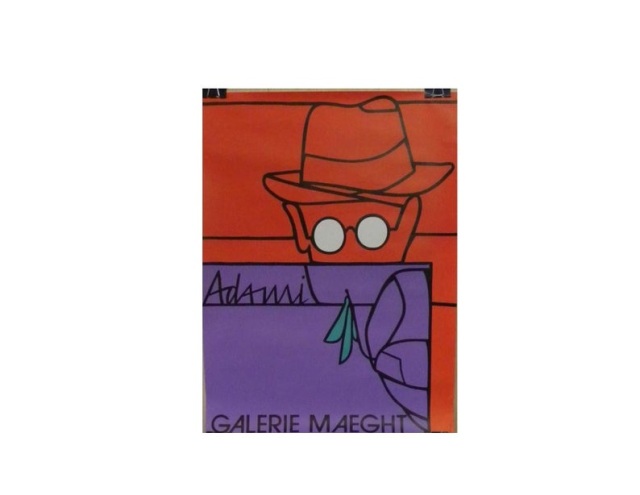 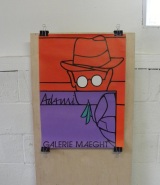 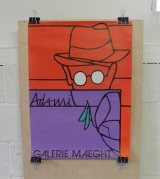 Circa 1974. Great overall condition. No tears, folds or defects.

Shipped in a tube. Ready for framing

Valerio Adami (born 17 March 1935) is an Italian painter. Educated at the Accademia di Brera in Milan, he has since worked in both London and Paris. His art is influenced by Pop Art. In his early career, Adami's works were expressionistic, but by the time of his second exhibition in 1964 at Kassel, he had developed a style of painting reminiscent of French cloisonnism, featuring regions of flat color bordered by black lines. Unlike Gauguin, however, Adami's subjects were highly stylized and often presented in fragments, as seen in Telescoping Rooms (1965).