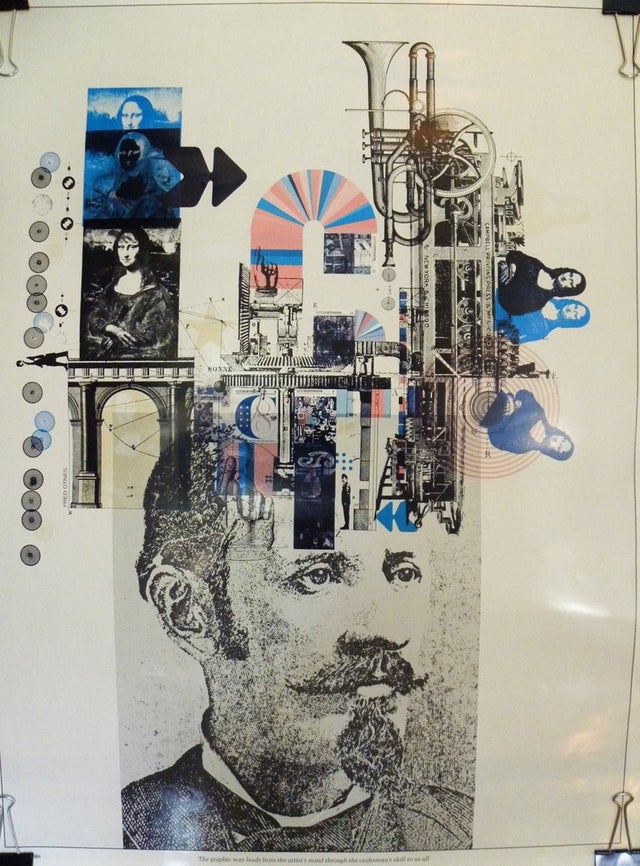 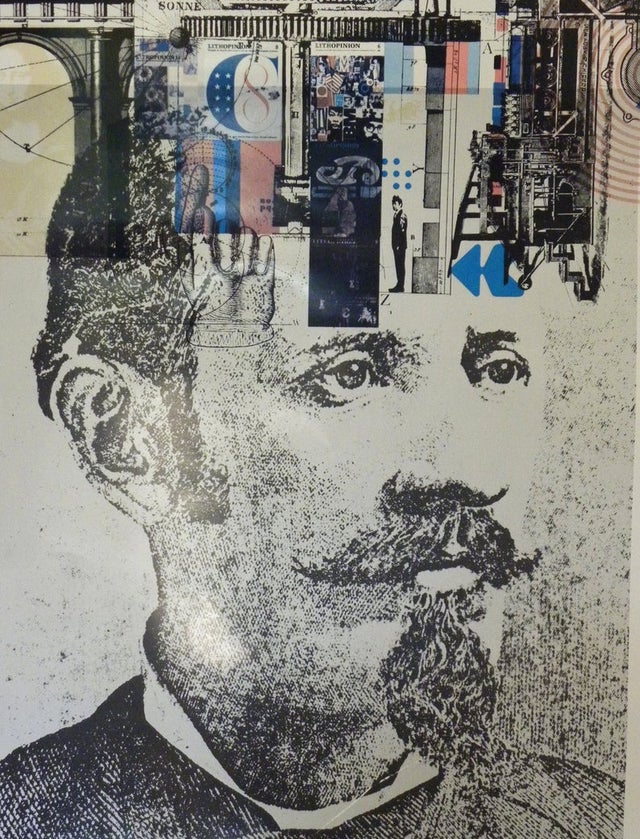 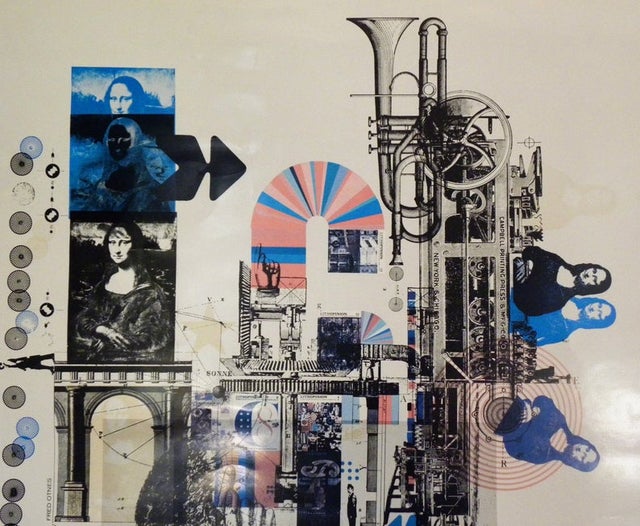 Has some damage to the bottom corners as pictured.

Great graphic image that pays homage to the creativity of graphic artists.

Frederick Joseph Otnes, Jr. (December 3, 1925 – July 28, 2015) was an illustrator. A resident of Redding, Connecticut, he was best known for his collage paintings. He was born in Junction City, Kansas[1] and died in Westport, Connecticut.[2]

Since that inspired episode back in the early 1960’s his singular style created its own demand. Initially he turned to the semi abstraction style as magazines were increasingly moving away from illustration in favour of photography. What Otnes created was a hybrid, neither pure photograph nor illustration. He used a variety of techniques that included the transferring of photographic image onto different surfaces such as canvas. To these he would add overlays, use print making techniques, apply printed material and fabric swatches, photographs as well as other elements. As his portfolio grew, so did the commercial client list.

His highly regarded standing resulted in work appearing on magazine covers, film posters, US postage stamps and album covers. Amongst his most famous illustrations is the 1967 Saturday Evening Post cover for an article about conspiracy theories surrounding the assassination of President John F. Kennedy; set on a blood red backdrop the Kennedy motorcade is overshadowed by the silhouette of a sniper.

One of his most celebrated posters was for the 1967 movie ‘A Fistful of Dollars’ which starred Clint Eastwood.

He also became an instructor with the Illustrators Workshop in New York, which came to be known as the Ivy League of commercial art programs. Others in the workshop included Robert Heindel, Mark English, Bernie Fuchs, Alan Cober, and Bob Peak.

During the mid 1980’s Otnes decided to make a full time commitment to creating work for fine art galleries. For him the illustration world had changed and he was no longer part of that. He was represented by the Reece Galleries in New York who staged several successful exhibitions.

Litho will be shipped in a tube ready for framing.