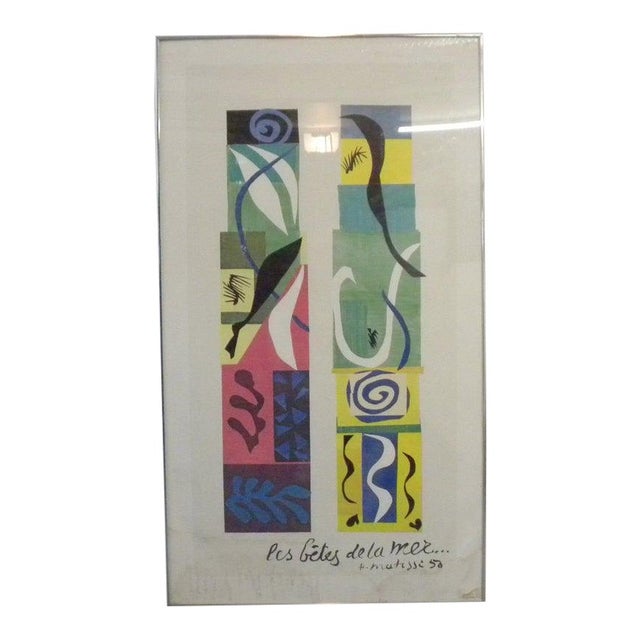 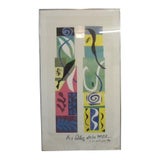 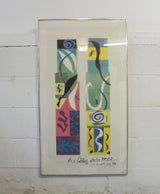 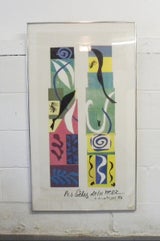 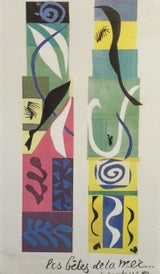 The Poster has water damage at the bottom as shown in pictures. Plexi and frame have some scratches.

Matisse shocked the French public at the 1907 Société des Artistes Indépendants when he exhibited Blue Nude (Souvenir de Biskra). The Blue Nude was one of the paintings that would later create an international sensation at the Armory Show of 1913 in New York City.

The painting, which may be classified as Fauvist, was controversial; it was burned in effigy in 1913 at the Armory Show in Chicago, to where it had toured from New York. In 1907 the painting had a strong effect on Georges Braque and Pablo Picasso, partially motivating Picasso to create Les Demoiselles D'Avignon.

When Blue Nude was publicly exhibited soon after it was painted, it became the source of controversy that involved issues of race, race relations, and colonialism. Complaints by critics and viewers that the race of the figure in Blue Nude could not be identified, complicated the issue of "the Other." The ability to identify "the Other" was crucial to the mindset of colonizers, and a major aspect of the colonization program.