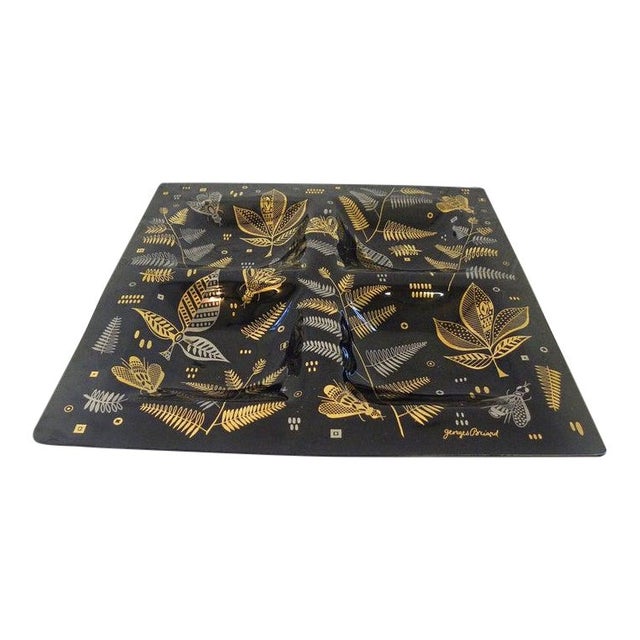 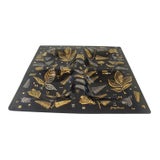 Great hostess gift! We love this tray and have never seen another like it. Black with gold decorations of bees and floral. Stunning size!

No chips or cracks. Some light scratches.

Georges Briard was the commercial name used by Jascha Brojdo (1917-2005), who was born in an area of Ukraine that was controlled by Poland between the two world wars. In 1937, he traveled to the US to visit an uncle in Chicago and was prevented from returning by the outbreak of WW II. He earned an MFA at the Art Institute of Chicago and then served in the U.S. Army as an interpreter. Brojdo painted under his own name. As Georges Briard, he was incredibly prolific and achieved huge commercial success in the 1950s, '60s, and 70s with his designs for barware and other tabletop items, which were sold in high-end department stores such as Bonwit Teller and Neiman Marcus.