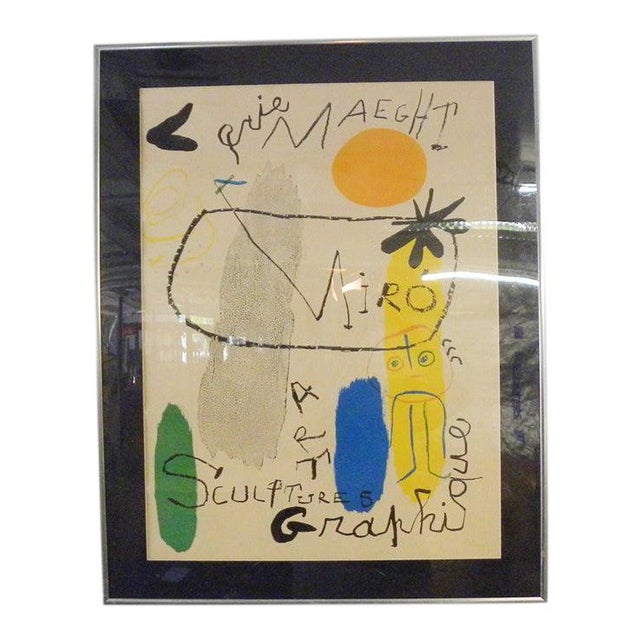 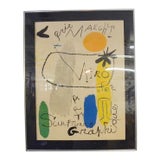 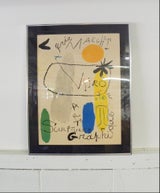 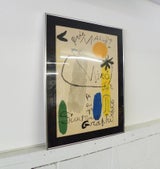 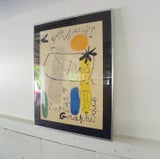 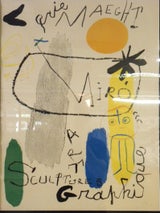 Joan Miro was born April 20, 1893, in Barcelona, ​​he died on December 25, 1983, in Palma de Mallorca. Painter, sculptor, and Spanish ceramist, he is considered a major player in modern art. Attracted by the artistic community gathered in Montparnasse, he met the Dada movement in 1920, and under the influence of surrealist poets and writers developed in 1924 its unique style, a geography colorful signs and shapes poetic weightlessness under the double sign a falsely naïve freshness of invention and exuberant and baroque Catalan spirit. André Breton described Miró as "the most Surrealist of us." Miro expressed contempt for his provocative painting (at least that which is conventionally considered) and his desire to kill and murder for new means of expression in numerous writings and interviews 1930 He participates in the exhibition of surrealism in 47 at Galerie Maeght that since the exhibit each year will be its exclusive gallery, his publisher, his printer. Joan Miro won in 1954 the price of printed at the Venice Biennale. It is he who has to Aimé Maeght Josep Lluís Sert who will design the architecture of the Maeght Foundation in Saint Paul. He creates illustrations, lithographs, and monumental sculptures for the Maeght Foundation.

Some creasing and discoloration